Wholesale Flowers in Cape Town since 1933

In 1933 Oupa Eduard (Eddie) Engelke married Edith (Edie) Rix.  He was a builder by trade and, after acquiring property on Old Strandfontein Rd, he built their family home, to be moved into on their wedding day.

Ouma Edie was a housewife with a passion for flowers. While she stayed home keeping house and raising 4 children, she also planted and tended to her beautiful flowers, that grew neatly in the front garden. 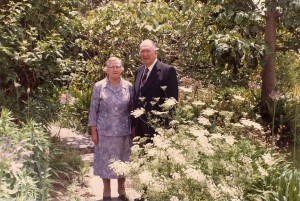 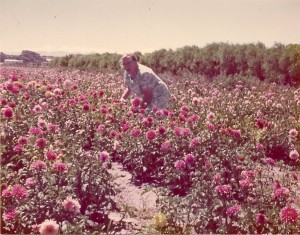 Passersby used to awe at them, and soon, the local flower sellers, on their way to Adderly Street in Cape Town, began to ask her if she wouldn’t sell them some of her beautiful flowers. She obliged and soon began earning her own pocket money.

This carried on for a couple of years, until the day she began making more money than her husband did as a builder. Then and there he decided to leave his profession as a builder, and become a flower farmer!

Over the years, extra land was purchased to expand the business, and as the children grew, they too became part of this family business.  Their two sons Otto and Leonard began working on the farm full time after finishing school. And thus, a name change to Engelke Broers ensued.

Otto went on to marry and have 4 children of his own, and today, two of his sons are now working and running the farm, now called Engelke Blomme, alongside him. His wife Irma still manages the farm stall, along with her sister. It truly is a family run business! 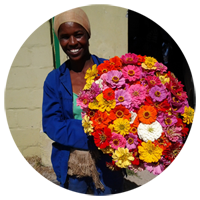